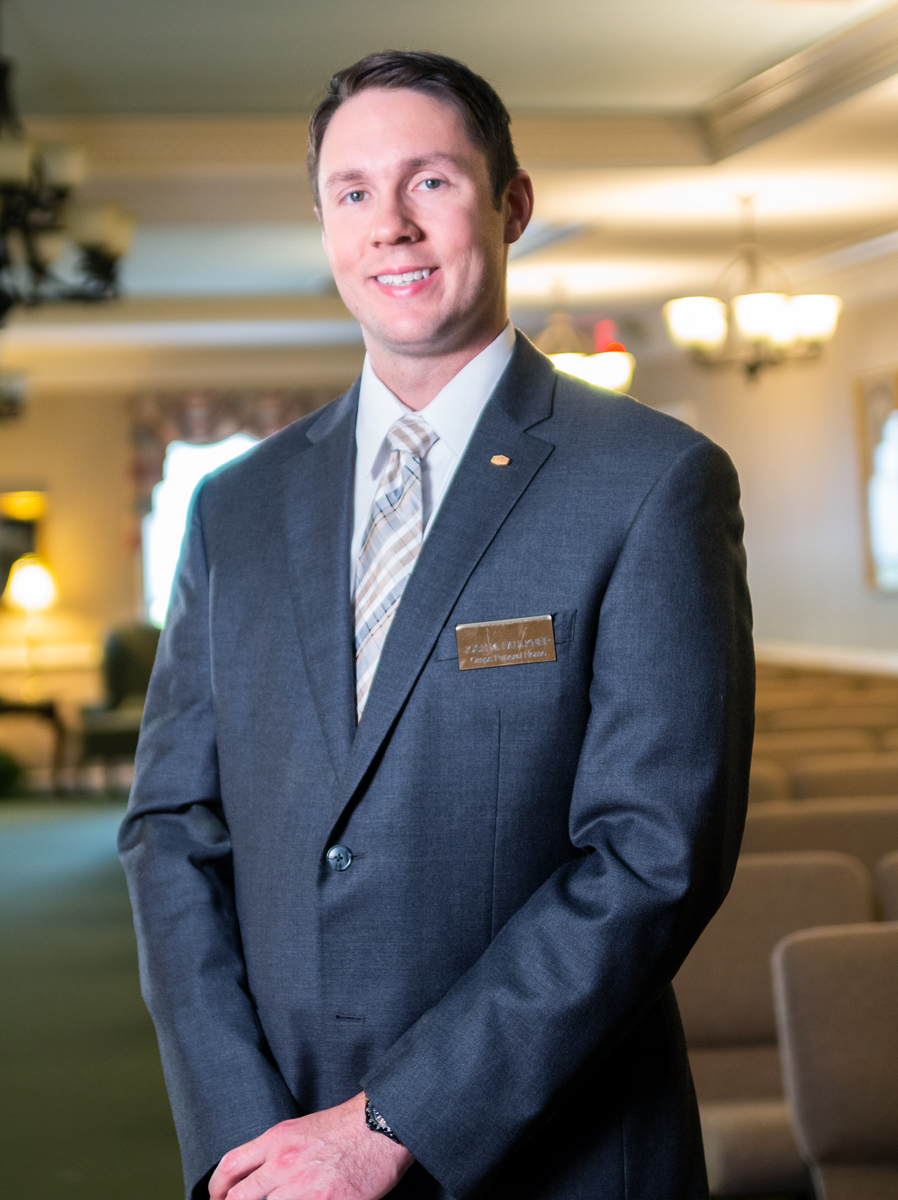 Originally from North East, PA, Josh has been geared toward funeral service since a young age. He attended Penn State Erie, the Behrend College, for his general education requirements before receiving his diploma in funeral service and embalming from the Pittsburg Institute of Mortuary Science in 2008. He graduated Cum Laude and received the Mu Sigma Alpha award for academic proficiency in mortuary school. Josh and his wife, Shena reside in Frederick County with daughters, Kiley, Reagan, and Juliette. They moved here from Carson City, NV in 2012. As a family, they enjoy spending time together exploring Winchester and its surrounding areas, watching movies, and reading.