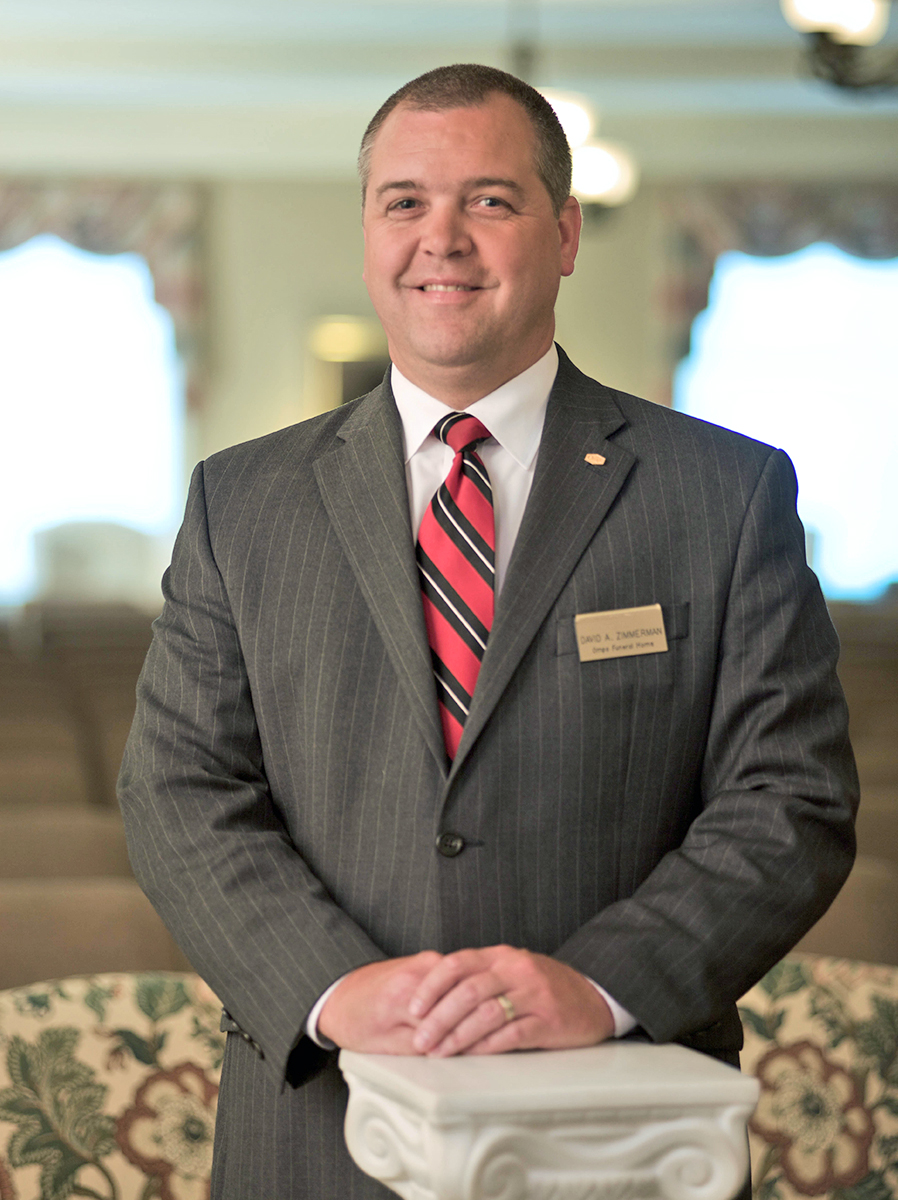 Meet Omps Funeral Home: Vice President and Co-Chair David A. Zimmerman joined Omps in 2009 as a licensed funeral director and embalmer. In 2014 he was promoted to general manager, and two years later became a partner. David manages our day-to-day operations, along with making funeral arrangements and directing funerals. He is a graduate of Ridgeview Christian School and Gupton Jones College of Funeral Service and currently lives in Stephens City with his wife, Veronica, and their three children, Sterling, Landon, and Sophia. David is a member of the Winchester Church of God and enjoys helping with his children’s sports teams.